My city – Brisbane, the capital of the South-East Queensland is one of my favorite places. While you may think that its being so close to the ocean makes it a coastal city, that is not quite true. For the most part Brisbane is not really on the coast, although some of its suburbs are quite close. Brisbane is cut nearly in half by the Brisbane River, which starts at Mount Stanley in Queensland and ends in Moreton Bay. 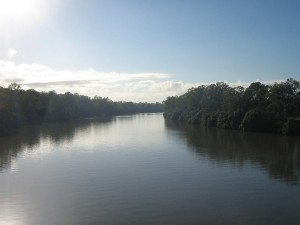 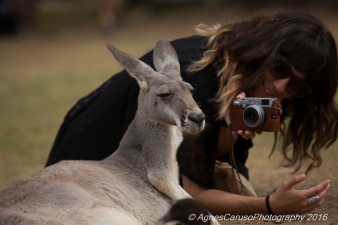 One of the most amazing views from the river is the sight of flowering jacarandas and flame trees in the spring time. Purple and red flowers adore the riverbanks. This is probably the best time to take a cruise up the river to the Koala Sanctuary at Lone Pine, or one of other river cruises and view the beautiful colors. Jacarandas are in fact in many places in Brisbane, for example at the University of Queensland St. Lucia campus. A Jacaranda lane was created specially for people to come and see the amazing purple sea of flowers. It became the place to go just as azaleas in the National Arboretum in DC or lilacs in Boston. As soon as jacarandas flower, you know the summer is just around the corner. 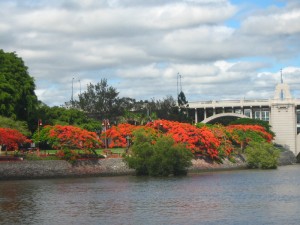 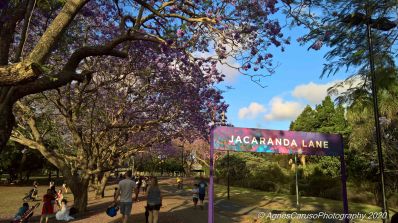 Brisbane used to have very few bridges but in the last few years a few more were build in the CBD, with two of them only for pedestrians and cyclists, who seem to rule in the city center and not only. While we have our share of bad traffic jams, the improvements in public transport – both buses, ferries and rail, together with lots of cycling only roads make it all manageable. In fact you can walk or cycle along the river from the University of Queensland to the Queensland University of Technology at Garden Point, near the city, and beyond. In fact a few times this was the fastest way for me to get home from the city center.

A feature on the Goodwill Bridge is a Merlo Coffee cart stand so you can refuel while walking, jogging, running or cycling between the city and the Southbank. If I was to name one area in the city that I like to hang around it is the Southbank. And if you remember, after the World Expo Southbank was an empty deserted area with only wind and sand roaming around. The area got converted into beautiful parklands complete with an open beach and pools. A great place to go out, relax, have a meal, a drink, sit by the river. You can catch a ferry, train, bus or a theater performance. 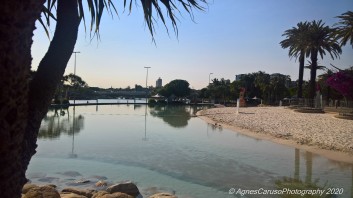 If you are visiting the Southbank on a bike, there are public and free service stations, like the one above, where you can fix your bike or add extra air. Yes, it is new and it is convenient.

Yet I expect that a lot will change now after the coronavirus pandemic. And it will be quite a while before we can all go back to the normality we know. Hopefully, we will be able to continue enjoying the beauty and relaxation of the Southbank. Many of the above images come from my morning walk through the Southbank. It was quiet but it picked up later with people going to work, it got busy on the bridges but not so much along the river.

ng can be very beautiful, with the sun coming up above the horizon, raising from the ocean. While it is not so spectacular in the city it really is on the beaches and islands in Moreton Bay. So in the next post I will take you to my favorite place in the South-East Queensland – North Stradbroke Island. Place that offers peace and quiet, even in the summer time.

One thought on “Australian places – Brisbane”

This site uses Akismet to reduce spam. Learn how your comment data is processed.